<
>
Highly praised by the international press, Denis Azabagic (Bosnia and Herzegovina), performs concerts around the world, maintaining a balance between his solo recitals, chamber music
with the Cavatina Duo and Fandango quartet as well as engagements as soloist with orchestras.

Azabagic has won twenty-four prizes in international competitions and Mel Bay has published a book based on his experience and insights on the subject of competitions.

Denis Azabagic has recorded 14 CDs for international labels such as Naxos, Cedille, Opera Tres, Bridge records, Neos and Orobroy, as well as two DVDs for the Mel Bay Company.  His recordings and live performances are highly acclaimed by music critics, for his elegant approach to music and his unique way of communicating and reaching the audiences’ hearts.

His repertoire includes solo and orchestral music from the Baroque era to the present. As half
of the Cavatina Duo (with Eugenia Moliner, flute), he has performed a vast repertoire
including many works written expressly for the duo.

In July 2020 Cavatina Duo is releasing their first baroque album “Folias and Fantasias”, music of Telemann and Marais, for Bridge Records. Critics are already praising this album:  “Simply the finest flute-guitar duo on the planet”, the Cavatina Duo offers a recording for our times: music at once heartbreaking and uplifting”.

Upcoming recording projects include a new release with Cedille Records, ”River of Fire”, inspired by Gypsy music from around the world collaborating with the world renown Pacifica Quartet.

Since 2019 Denis Azabagic is the artistic director of Chicago International Guitar Festival and faculty member of the Summer Guitar School “PrSt” in his native home of Tuzla (Bosnia and Herzegovina) as well as Guitar director of the “Curso Juan Gual Esteve” in Burriana (Spain).

Highlights for the upcoming season include concerts and master classes in North America,   Taiwan, China and Europe as well as appearances with his new ensemble Fandango!

“...And once he started playing his guitar he became ageless. One couldn't imagine where the man, the instrument and the music separated, if at all.”
Los Angeles Valley Star, USA

“Azabagic played Aranjuez as if he owned it...the duet between guitar and English horn melted every one of the 1200 hearts in the audience.”
The Morning Call, USA

”He has a dazzling technique and possesses an enormous interpretative sensibility”
Ritmo, Spain

“He is a virtuoso artist of timbres, who masters, as it seems, easily all kind of expressions: from enchanting softness to passion, from deep emotions to enormous joy”
Kolnische Zeitung, Germany

“The sound was glorious, he is a superb technician. The brilliance of Azabagic’s playing brought an easy grace to the music”
The Herald Times, USA

“Denis Azabagic's playing is of the highest caliber.”
MW-Classical music on the web

“Azabagic’s vivid, imaginative account gathered up every surge and whisper of the musical narrative, giving fresh impact to an old story, and underscoring what a fine piece of music this is. Azabagic’s extraordinary way with the shading of light and color was further evident in Rodrigo’s Invocación y Danza. I still cannot quite believe that such flawless execution is possible on the guitar. But I was there, and I heard it. Amazing! ”
Sound Board Magazine, USA

“…recital by Bosnian guitarist (now based in Chicago) Denis Azabagic was certainly the finest guitar recital that I have heard in a lifetime of concert-going, and one of the best concerts of any kind I have heard since writing for CVNC…the notes of the five preludes by Villa-Lobos with which Azabagic opened the program were perfectly clear, and all the detail registered eight rows back. From the outset it was obvious that Azabagic is gifted with a level of technical mastery that is rarely heard on the guitar, with every note precisely articulated. Not only does Azabagic make expressive use of a broad range of dynamics, from fortissimo to visible, but not audible, but the gamut of tone color with which he shapes the music is impressive. Most importantly, all these technical chops (which would put him in the crème de la crème already) are in the service of a keen musical intelligence with taste and soul.”
Tom Moore, CVNC   Online Publications, Inc.


“It is apparently hard to rattle Denis Azabagic…
In his recital at the Kimbell Art Museum’s Renzo Piano Pavilion on Thursday night, the Bosnian classical guitarist showed that he is not easily intimidated by even the most daunting of scores …All works were performed with technical excellence burnished with a real verve and obvious joy in playing. The standout work of the night was Out of Africa, a charming suite by Atlanta-born composer Alan Thomas. Inspired by the book by Karen Blixen and its film version, the five-movement work displayed a wide range of winning personalities.”
Punch Shaw, special to DFW.com

“If you had the misfortune to miss Thursday’s recital by Bosnian guitarist Denis Azabagic, I suggest you make every effort to hear him play the next time he’s in town.  Azabagic’s stage presence is charming and charismatic, and that charisma comes through in his playing, and combines with technical prowess, musicality, and programming diversity to create one of the best classical guitar performances I’ve ever heard…
Alan Thomas’s Out of Africa, inspired, according to Azabagic’s onstage remarks, by Karen Blixen’s novel and the subsequent film, was utterly transfixing. The five-movement work required both technical facility and musicality, which Azabagic offered in abundance. His technique surpasses the traditional, and includes bold novelty techniques. The piece showcased the full range of the guitar’s, and by extension Azabagic’s, abilities, alternating between moments of fast-paced virtuosity and lyric beauty. I don’t think I’ve ever heard a guitarist with a more sumptuous tone in the lyrical passages.”
J. Robin Coffelt fot Theatre Jones

"… music lovers made their snow-covered way to Symphony Hall Saturday evening, seeking and finding warmth in the fiery rasp and passionate rustle of Spanish guitar, superbly played by Springfield Symphony Orchestra guest artist Denis Azabagic.... the featured work was one of the most famous and well-loved pieces in the guitar repertoire, Joaquin Rodrigo's "Concierto de Aranjuez." Azabagic delivered a stunning performance, both technically brilliant and emotionally profound, and was hailed by an immediate standing ovation.
His playing was nimble and clean in the outer Allegros, pearly-toned and vibrant in the melancholy Adagio…Azabagic also played Vivaldi's Concerto in D Major, RV 93, …like the Rodrigo, the Vivaldi offered a soulful slow movement...Throughout the evening, Azabagic consistently exhibited the character and mastery that have earned him accolades as the finest classical guitarist of his generation."
Clifton Noble Jr. | Special to The Republican ,Springfield, MA 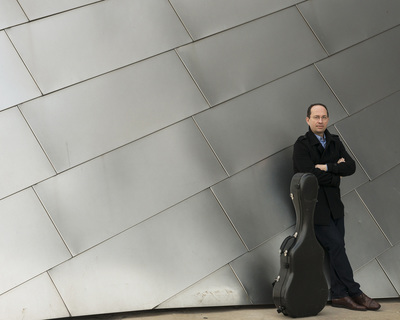 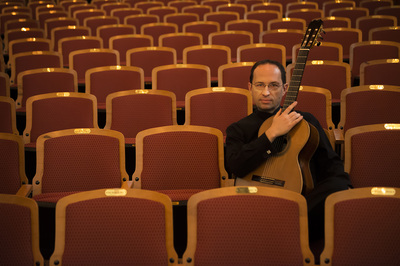 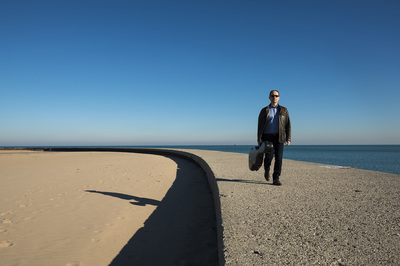 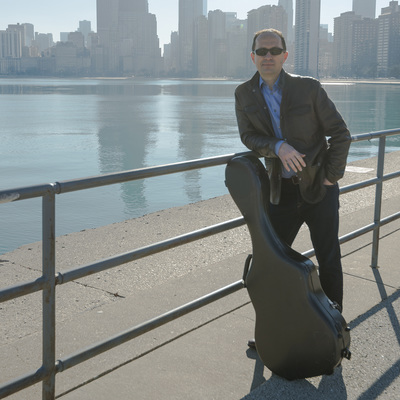 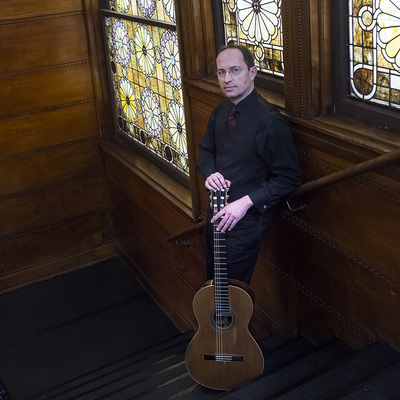 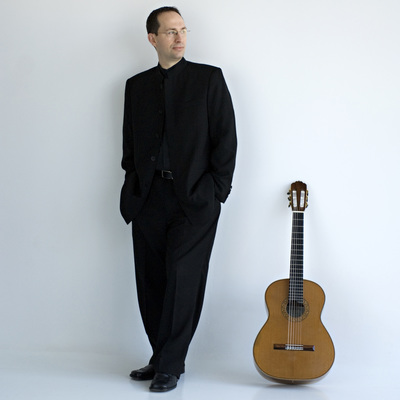 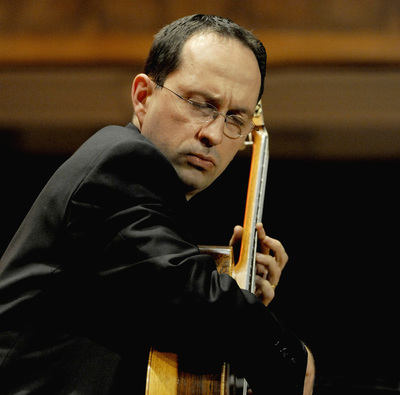 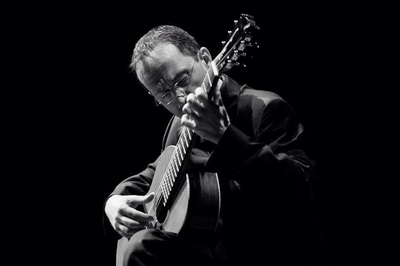 CC: You have written a book about competitions (Mel Bay Inc.), designed to help young guitarists. Can you say something about the main faults which can hold them up?
DA: Many of them have real musical talent, and there seems no reason why they should not win a competition and so give themselves a good start in their career. Well, the reason I wrote that book for Mel Bay was that I was asked so many times about my experiences in the competitions. Now, I think that in order to win a competition one needs to be very well prepared, and that is a complex process. I cannot really pinpoint the main reason that would enable a young guitarist to win. I feel rather that it is a more of a personal question for everyone. Every passing day I feel that to perform a piece of music very well, one must have a solid technique, but also a very good understanding of the music, from the mental and analytical perspective as well as from the artistic/imaginative and inspirational point of view...read more...